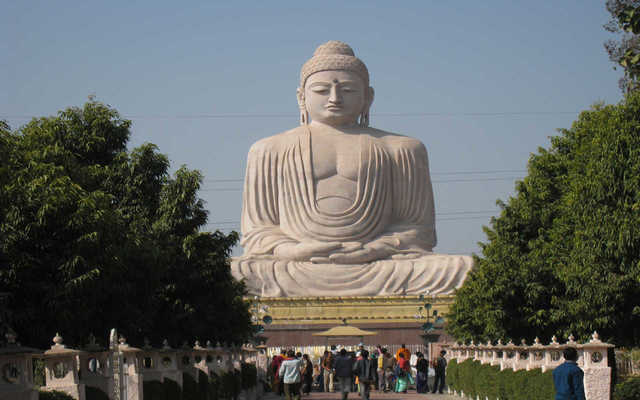 Bodhgaya, situated on the banks of river Niranjana is one of the most sacred and religious place for Buddhist religion in the world. The ancient name of Bodhgaya is Uruvela and some documents call Bodhgaya as Sambodhi. Situated in Gaya district in the state of Bihar, it is the place where Lord Buddha attained enlightenment. Bodhgaya is a major tourist destination across the world and tourists come to Bodhgaya throughout the year.

Tourists come to Bodhgaya throughout the year to visit several monasteries most significantly Mahabodhi shrine, Budha Statue and Mahabodhi tree.

It is Mahabodhi tree under which Lord Buddha meditated and attained enlightenment and then after became famous as Bodhisattva. Mahabodhi Vihar is built near Mahabodhi tree which has been declared as UNESCO World Heritage Site.

How To Reach Bodhgaya

Bodhgaya is well connected via Gaya by Airways, Railways and Road with rest of the country. The nearest Airport is Gaya Airport, Gaya and the nearest railway station is Gaya Junction. However the most preferable way is Indian Railways. Gaya is well connected with State run roadways as well as Private Bus / Taxi operators.

Events and Activities in Bodhgaya