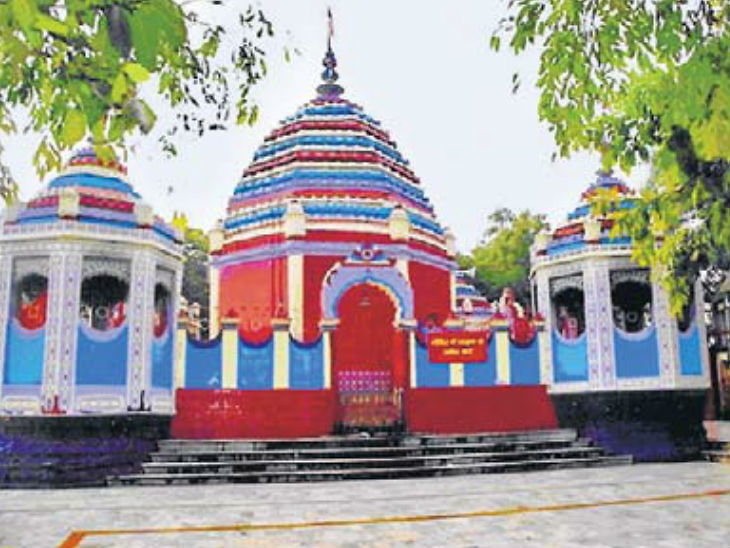 It is situated on a hillock near Rajrappa falls.

Rajarappa is of great significance as its the place where Bhairavi river meets Damodar river.

Chhinnamastika Mandir is the temple of Hindu idol Kali who is among of the ten Mahavidyas.

As per Hindu beliefs 10 Mahavidyas are

In the temple the statue of Mother Kali is headless holding her own head in her left hand and her head drinking the blood.

The temple is very old and the place Rajrappa has reference in Hindu scriptures.

The temple is famous for Tantrik importance and is considered as a active tantrik site.

The temple is one of the 10 Mahavidhyas. The present temple of Goddess was rebuilt over the original ancient temple.

Devotees come here throughout the year to take blessings of devi.

it is also popular for performing Hindu rituals likes marriages and Mundan.

Rajrappa is also quite famous among tourists and is considered a good picnic spot having beautiful sightseeing landscapes. You will love its rocky environment and natural beauty with lush green forest areas will certainly please you.

Rajrappa fall is a 20 feet high waterfall created with the joining of The Bhairavi river and Damodar river.

Events and Activities in Rajrappa