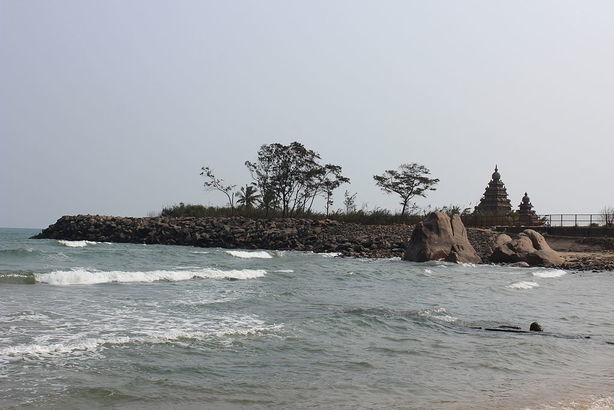 During 7th century Mahabalipuram was one of two major port cities under the Pallava kingdom. The town was named after Pallava king Narasimhavarman Ist , who was also known as Mahamalla.

Mahabalipuram was a center of global trade during 4th century and few Chinese and Roman coins have been found at here.

Mahabalipuram is center of attraction for several monuments and natural battle monuments carved out of rock.

There are several ancient monuments and Hindu temples including Descent of the Ganges – one of the largest open-air rock relief in the world.

Events and Activities in Mahabalipuram